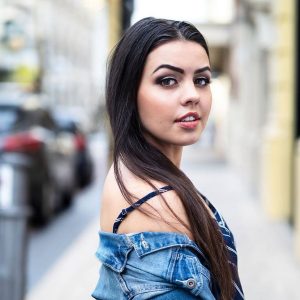 Listen to "Purpose in the process" by Shara

I’ve always been a kid that was “sick…” I had chronic eczema as a child, which seeing me now, my skin is a miracle but that’s a whole kind of story in itself. Basically they call me the triple threat but in a bad way. I had chronic eczema, asthma and anaphylaxis to nuts my whole life. I moved to Sydney alone last January… I’m a pastors kid and grew up in a house of faith who believed in healing so I always knew one day I would be healed and I prayed all the time for it… for so many years.

In 3 years I’ve had 5 anaphylactic reactions to pine nuts, cashews, peanuts, and pistashios. I carry 2 epipens on me all the time. I couldn’t eat a lot of foods or out at a lot of places. I essentially almost died 5 times.

Last year I had an asthma attack and was in hospital for asthma after I got influenza A. I was on steroids, I’ve been on preventative medication for most of my life, and I couldn’t go anywhere without my asthma puffer.

Got really bad last year. Would wake up not being able to breathe. Was taking 10 puffs per day, and not even steroids were fixing it. I couldn’t be in the cold weather. I’m a singer professionally, and I could only shallow breathe. I love exercise, its my job as an exercise physiologist and I couldn’t exercise without taking at least 4 puffs of ventoin. By myself in Sydney it was terrifying being alone and not being able to breathe. I’ve had an anaphylactic reaction to pine nuts last March, it put me in hospital for 2 days, and then I had a biphasic reaction and had another 2 days in and out of hospital while my body processed what I had eaten, which was a small teaspoon of pesto as someone accidentally put it in my food. I was off work for 8 days, and it took me 2.5 weeks to fully recover back to normal function. My body essentially goes into survival mode, I struggle to walk, I lose my appetite, I get headspins, and I can very easily go back into an anaphylaxis if I do too much activity until the nut is out of my system.

I Went through a period of forgiveness after a friend told me that he felt the Lord was saying to deal with some deep unforgiveness and bitterness which I thought was wrong. I love Jesus and I forgive! But I sat with this and dug deep in prayer and dealt with offence etc from years and years back that I didn’t even know had affected and hurt me like it deeply had. This was a very important part of the story as I believe it pre-empted what came next.

Mum in Perth felt I should go to the Katherine Ruonala meeting, but I coudn’t make it to the womens conference and I slept in on the Sunday. I woke up and wasn’t going to come, I lived 1 hour away and I had had a late night at a singing gig, and was going to be very late but felt God telling me to get there. I got stuck in traffic, and had all sorts going on but I got here and snuck in and sat up the back. When she started calling out things that needed healing I was desperately waiting for her to say anaphylaxis and asthma… but she didn’t. I started getting frustrated, I was desperate for something to move.

She finished, and I got really emotional and upset. Why didn’t I get called? I felt to go to the front, I really didn’t want to. But I did.

Went up and stood waiting for Katherine. She came up to me and I told her what was going on. She prayed that the trauma in my body would leave and I would be healed. Quick and simple. 2 minute prayer.

I had to leave pretty fast afterwards to go to a gig. And I had had some news on the drive down and I was crying, just emotional. But as I was crying, I could feel I could breathe easier.

I did my gig, and didn’t need Ventolin. I went to go for a run the next morning, and took a Ventolin puff out of habit but stopped as I didn’t feel I needed it. And I didn’t. I ran 5kms without needing it. I felt just puffed out, which was a completely new feeling for me. Usually it was tight and wheezing, but this was just me working hard!

I almost cried right there in the gym. I kept trying things. Exercising as hard as I could doing F45 high intensity classes, going to sleep and waking up in cold weather (it was Winter) with no wheezing or puffing. It took me like 3 days to tell anyone because I wanted to be 100% sure. But, I had been healed. I could breathe. I went to my singing teacher who said that my breathing is one of the best parts of my technique, there’s no issues with it. I’ve had to retrain myself to breathe differently singing and how much power I have!

I went to the specialist a few months after that… it takes a while to get in. I told them I had come off all medication and she got mad, and said we have to test.

They sent me the report attached.

My Skin test: The bigger the ratio, the worse the allergy.

No products in the cart.